The fan-favorite and stalwart center back vice-captained the team that advanced to the Western Conference Final in 2015. 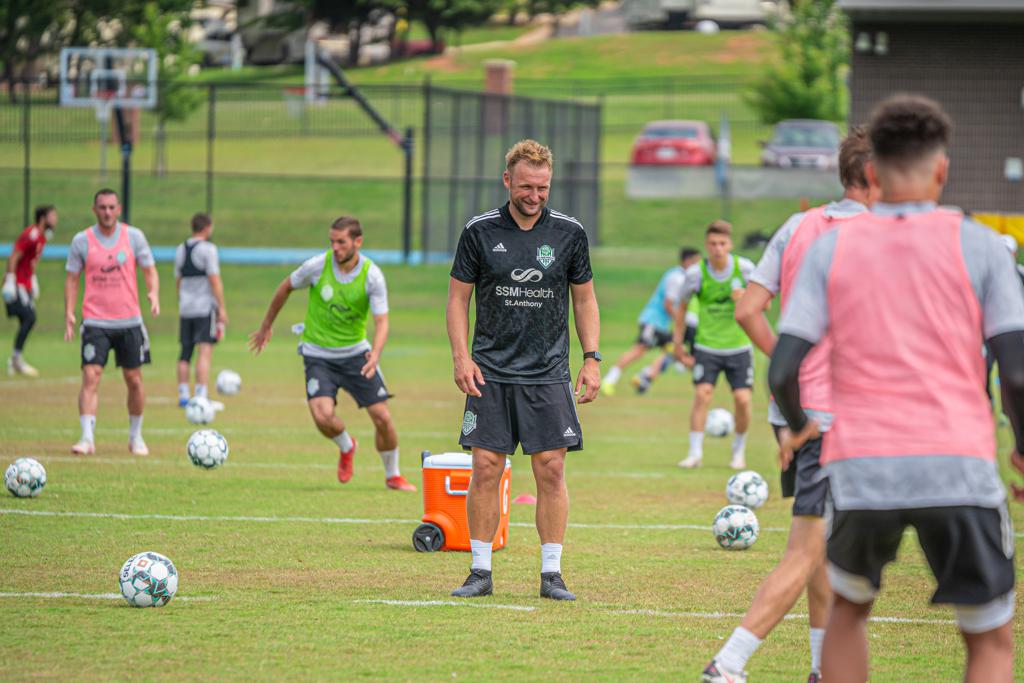 OKLAHOMA CITY – Energy FC has signed Gareth Evans to the coaching staff, the club announced today. Evans made 54 appearances for OKC in 2014 and 2015 before transitioning to a coaching role with the club’s youth partner, Oklahoma Energy FC.

“I don’t think I realized quite how much I missed being around a pro environment,” said Evans. “It’s been five years now, which makes me feel old. There are still some familiar faces around, and I still know some of the boys from playing here or elsewhere in the past, so it’s good to be back in the mix.

“There’s a lot of talent and potential here. We’ve been a little unlucky with injuries, with some important players who have barely been able to play, but it’s a great group of guys who work hard and practice has been fantastic this week.”

A native of Wrexham, Wales, Evans played professionally for a number of clubs in the United Kingdom and the United States before signing with Energy FC ahead of the inaugural 2014 season. During his time in OKC, “Gaz” was Vice Captain of the squad, led the team in minutes played and helped lead the team to the 2015 USL Championship Western Conference Final.

Energy FC continues the 2021 season Saturday, June 12 at 7:30 p.m. at Taft Stadium against Birmingham Legion FC. This match will be the club’s annual Pride Night celebration which will include a special rendition of the national anthem, Pride-themed décor, rainbow smoke bombs for the supporters and more from our 2SLGBTQ+ Supporters Group, Main Street Greens. The club will also participate in OKC Pride Fest on June 25, 26 and 27.