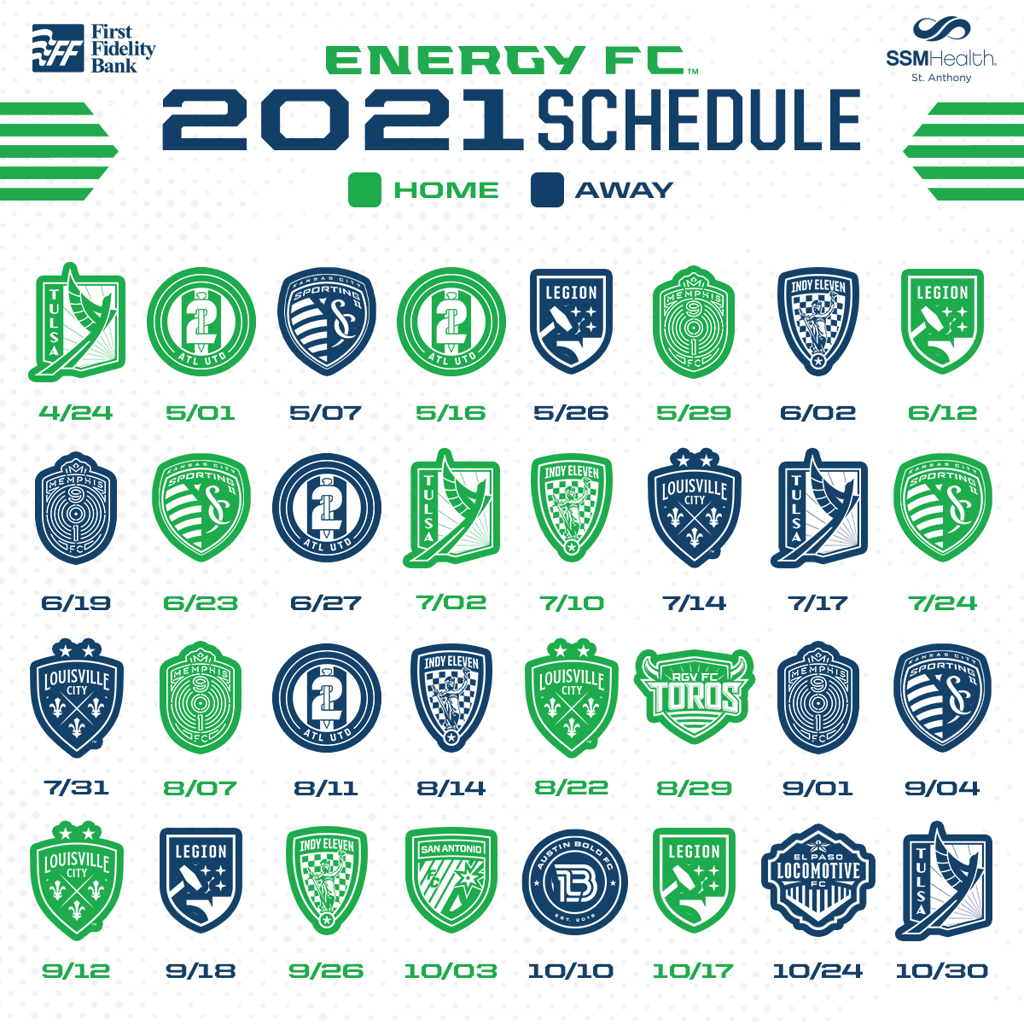 The Greens will host 16 matches throughout the season and travel for 16 matches away from home. Energy FC will play its Central Division opponents four times during the regular season – twice home, twice away.

In addition to the home opener, Energy FC will face FC Tulsa on July 2 at Taft Stadium, July 17 at ONEOK Field and October 30 at ONEOK Field in the final match of the regular season.

While the Greens have competed against Louisville City FC and Sporting KC II in the past, this will be the first time OKC faces Atlanta United 2, Birmingham Legion FC, Indy Eleven and Memphis 901 FC.

Tickets for the Home Opener, as well as more information regarding Season Seat Memberships and Group Experiences can be found at energyfc.com/tickets. Single match tickets for the remaining balance of the schedule go on sale April 1 at 9 a.m.

The full schedule can be downloaded to digitally add to your device at energyfc.com/2021-schedule.

Fans will be allowed to attend Taft Stadium for all regular season matches in 2021, and health and safety protocols will be observed. For more information, visit energyfc.com/procedures.

More details on the 2021 USL Championship season, including the national television schedule on ESPN and the postseason structure, will be available in the coming weeks.