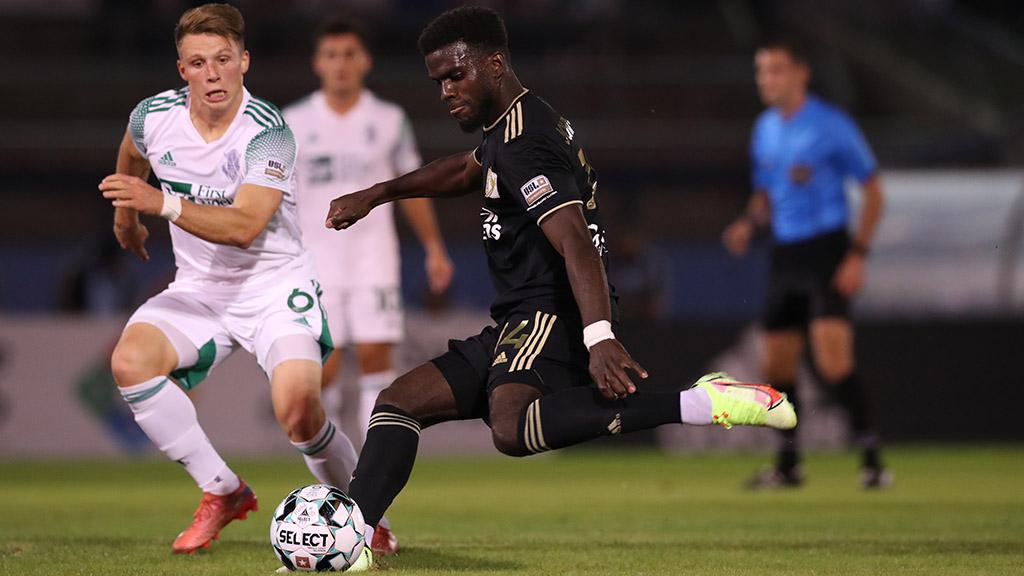 TULSA, Okla. – Joaquin Rivas struck early before Marlon put the game away late as FC Tulsa claimed a 2-0 victory against OKC Energy FC on Saturday night at ONEOK Field and with it the Black Gold Derby series for the 2021 season ahead of their opening game in the 2021 USL Championship Playoffs, presented by TwinSpires next weekend.

Energy FC got the first look of the game in just the third minute as center back Mitchell Osmond moved forward into attack and saw a low cross deflect back to him at the top of the penalty area for a shot that drifted just wide of the left post. It was Tulsa that took the lead eight minutes later, however, as Rivas received a pass 30 yards from goal by Lebo Moloto, turned into space as he moved onto his left foot and powered home a drive into the right corner of the net.

The hosts almost doubled their lead three minutes later when a cross from the right bounced through to the top-left edge of the penalty area where Jason Johnson met it with a first-time finish that was tipped over the crossbar by Energy FC goalkeeper CJ Cochran. Both teams had half-chances before the break, too, as Moloto chipped a shot from 25 yards just over the crossbar, while OKC’s Tucker Stephenson headed wide of the right post off a free kick from the left by Brad Dunwell in the 41st minute.

The visitors came far closer to finding an equalizer just past the hour mark when Aidan Daniels went for a long-range strike to match Rivas’, only to see his effort hit the underside of the crossbar and deflect out without crossing the goal line. Jaime Chavez also had a chance to level with 20 minutes to go moments after he had been introduced as a substitute, but he steered his volleyed finish wide of the left post.

Tulsa put the game away with eight minutes to go, however, as Bradley Bourgeois found Marlon in space on the right and the Brazilian drove at his defender to get into the penalty area and then threaded home a shot from a narrow angle to the far post which effectively sealed the game. From there, the hosts saw out the remaining minutes before celebrating with their fans after retaining the Victory Wrench for a second consecutive season.

USLChampionship.com Man of the Match

Bradley Bourgeois, FC Tulsa – Bourgeois notched an assist late on to cap a fine performance that saw him make five interceptions and 10 recoveries, complete 54 of 61 passes and end with four key passes overall.