After taking over as Interim Head Coach in June, Veidman took the Greens from one of the last place teams to narrowly missing the playoffs. 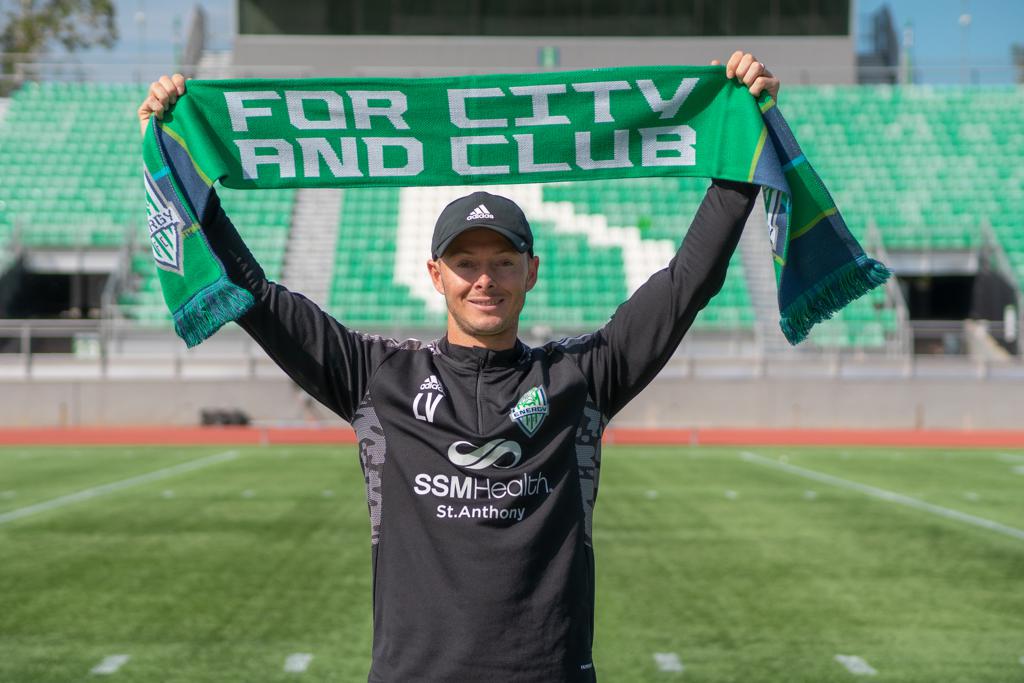 Since Veidman took over on June 4, the Greens have gone 8-7-9 after not winning any of the first seven matches.

“It’s an honor,” said Veidman. “To follow the prior coaches who had excellent CVs and backgrounds and to lead this organization, the players and fans is a tremendous honor.

“None of this would have been possible without the players. This situation could have gone south or north, and the group decided to push forward and improve results. They’ve been absolutely phenomenal through this process and very supportive. The staff have as well. Alexis (Vizarelis), Paddy (Farrell), Ian (Sanders), Matt (Ramirez) and Jeff (Kretchmar) have all been excellent and they’ve been key through all of this.”

Veidman, a 33-year-old native of Liverpool, England, played for the youth academies at both Liverpool FC and Everton FC. His coaching experience includes assistant roles at Fresno FC of the USL Championship, FC Boulder and the Des Moines Menace of USL League Two as well as Midland University in Nebraska. He is a seven-year veteran of USL League Two, having played with the Toronto Lynx, Des Moines Menace and FC Boulder.

Veidman, who holds his USSF A Senior coaching license and is working towards his USSF Pro and UEFA B licenses, is the third youngest head coach in the USL Championship.

“Leigh stepped up in a huge way for our Club and our fans this season,” said Energy FC COO Jeff Kretchmar. “There are few tougher jobs in sport than taking the reins part way into a season, but Leigh did so with grit and the tenacity to succeed. He has proven himself to be a leader and the right person to guide Energy FC into the future. We are excited and proud to stand with Leigh as we focus on building the strong winning culture that Oklahoma City deserves.”

Energy FC finishes the season with the Black Gold Derby against FC Tulsa on Saturday, October 30 at 7:00 p.m. The winner of that match will claim the Wrench with the season series currently tied at 1-1-1.

The official watch party location for all Energy FC away matches is Social Capital in downtown Oklahoma City.

Energy FC will play its ninth season in 2022 with schedule announcements forthcoming in the offseason. More information regarding Season Seat Memberships and Group Experiences can be found at energyfc.com/2022.