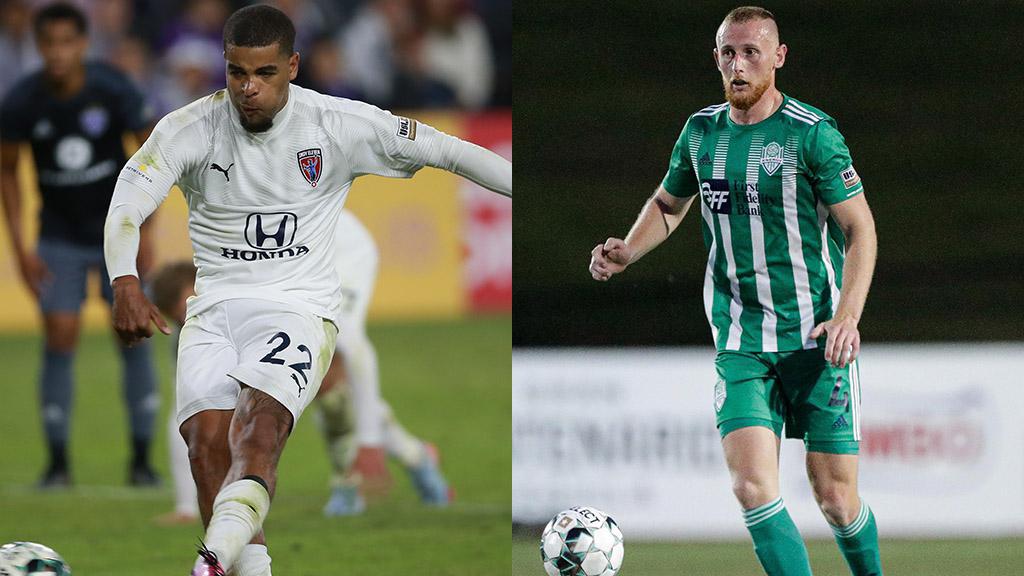 Indy Eleven's Jordan Hamilton could square off against OKC Energy FC's Mitchell Osmond - who previously played for Indy - as the sides meet for the first time in their histories on Wednesday night.

INDIANAPOLIS – Indy Eleven and OKC Energy FC square off for the first time in their histories on Wednesday night at Michael A. Carroll Stadium with the hosts looking to continue a two-game winning streak and Energy FC hoping to build off a shutout last time out. Kickoff is scheduled for 7 p.m. ET.

@IndyEleven (3-1-0, 9pts) claimed its first victory against Louisville City FC since 2018 last Saturday night as a pair of goals from the penalty spot by Jordan Hamilton saw the side rally from a halftime deficit to take a 2-1 win at Lynn Family Stadium. The win moved Indy into second place in the Championship’s Central Division at the end of the past weekend of action and moved Hamilton to a team-high three goals this season. The Canadian and fellow newcomer Manuel Arteaga are currently the only two players to have scored for the Boys in Blue this campaign, while Gordon Wild has recorded the lone two assists of the campaign. Wednesday’s game marks the first of two this week at Michael A. Carroll Stadium, with Memphis 901 FC set to visit on Saturday night.

@EnergyFC (0-3-3, 3pts) recorded its first shutout of the season on Saturday night as it played to a 0-0 draw with Memphis 901 FC at Taft Stadium that served as the first scoreless draw in the league this season. OKC itself has been held scoreless in its past two outings and currently sits at just a 9.5 percent shot conversion rate for the season. Midfielder Aidan Daniel currently sits tied for third in the Championship with 12 key passes, but the side is currently underperforming its Expected Goals mark according to American Soccer Analysis, posting a 5.55xG this season while only finding the net four times. Improved sharpness will be key against an Indy defense that has conceded only three times in four outings this season.