Greens will travel to Texas for three matches against Major League Soccer clubs and host four matches in Oklahoma City.

OKLAHOMA CITY – Energy FC today announced its 2021 preseason schedule. The Greens will travel to face MLS clubs Austin FC on March 19 at St. Edward’s University in Austin, Texas, FC Dallas on March 20 at Toyota Soccer Center in Frisco, Texas and Houston Dynamo FC on April 6 at Aveva Stadium in Houston, Texas. Energy FC will host Southwestern Christian University on March 29 at the OCCHD Training Facility, North Texas SC of USL League One on April 10 at Mid America Christian University, Austin Bold FC of the USL Championship on April 15 at Taft Stadium and the University of Science and Arts on April 17 at Taft Stadium.

“Playing these teams made sense for us,” said head coach John Pascarella. “They are great competition and all close enough in proximity that made it convenient. Our players are excited about it because it’s an opportunity to get better and showcase themselves against some of the best teams in the country.”

At this time, fans will be able to attend the match against North Texas SC at MACU. There will be no charge for admission. Fans will not be permitted to attend the matches at Taft Stadium or the OCCHD Training Facility. The Energy FC Media and Communications team will provide b-roll, soundbites and imagery to our email distribution list.

Energy FC plays its eighth season in 2021 with additional announcements coming soon. More information regarding Season Seat Memberships and Group Experiences can be found at energyfc.com/tickets.

The USL Championship’s regular season will begin on or about May 1, while employing a flexible start date that allows clubs to begin play anywhere between April 24 and May 15. 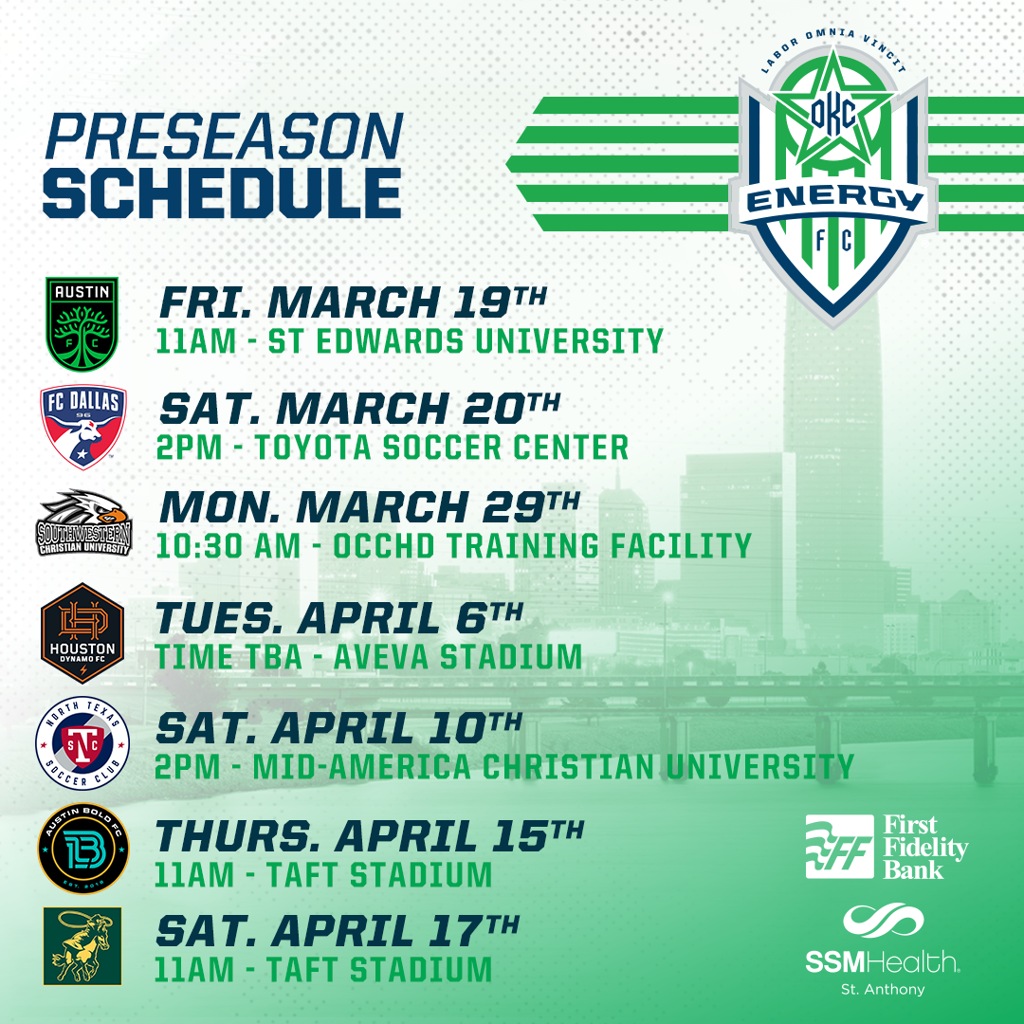