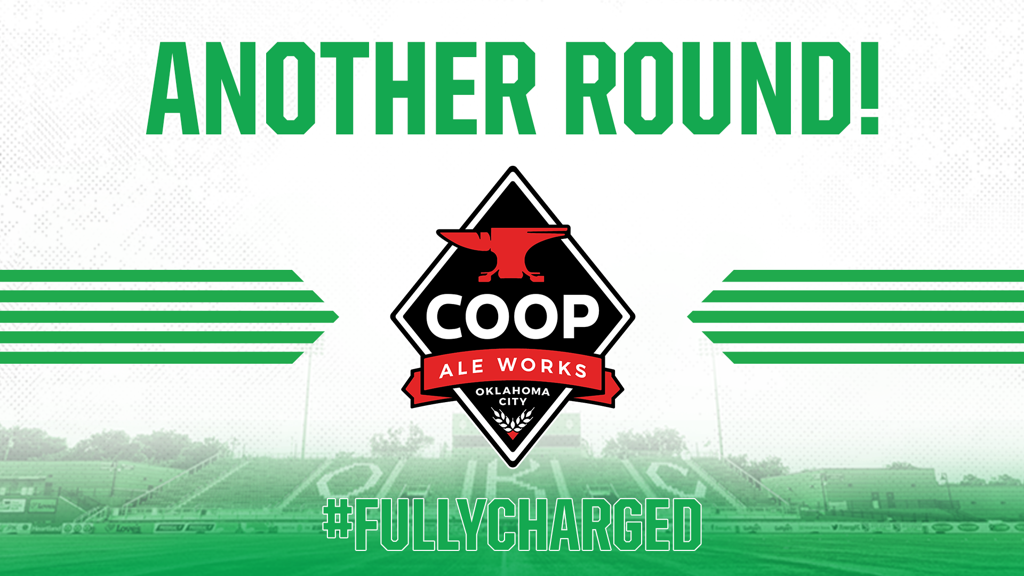 “We are excited to continue our partnership with Energy FC," said Maggie Sylke, COOP Ale Works Branding Marketing Specialist. “Community is so important to us at COOP, and we love to see fans cheering on our local team with a COOP beer.”

COOP Ale Works is the largest and longest standing craft brewery based in Oklahoma City, with a lineup of seven year-round beers and four seasonal beers, as well as limited releases throughout the year. In March 2020, COOP released its hard seltzer line Will & Wiley Oklahoma Hard Seltzer. COOP is dedicated to serving the community and finding at least one beer in their lineup for every beer drinker.

“The club has enjoyed working alongside COOP Ale Works the past three seasons as the Official Craft Beer Partner of Energy FC, and we are looking forward to continuing and expanding the relationship this season and beyond,” said Jason Hogsett, Energy FC Director of Corporate Partnerships.

In addition to offering fans at Taft Stadium a variety of beers and seltzers on matchdays, COOP Ale Works will be featured on in-stadium signage and have Taft Stadium Beer Garden naming rights.

Energy FC begins its eighth season in 2021 with a schedule announcement forthcoming. Information regarding Season Seat Memberships and Group Experiences can be found at energyfc.com/tickets. For partnership inquiries, please visit energyfc.com/corporate-partnerships.