Chavez Among Returnees for Energy FC in 2021 Season 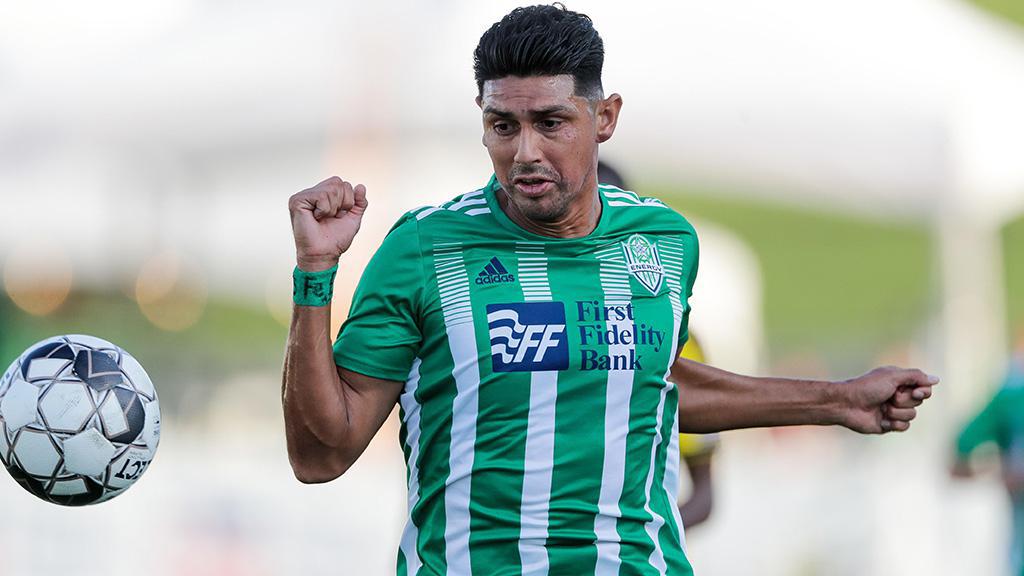 OKC Energy FC forward Jaime Chavez led the side in minutes played in 2020 and is set to return for the new campaign. | Photo courtesy Steven Christy / OKC Energy FC

OKLAHOMA CITY – OKC Energy FC announced on Wednesday its current roster status as it heads into the offseason prior to the 2021 USL Championship season, with goalkeeper CJ Cochran, defender Zach Ellis-Hayden and forward Jaime Chavez all remaining under contract.

The club also announced it had re-signed goalkeeper Kyle Ihn to a new deal, while defender Atiba Harris, midfielder Arun Basuljevic and forward Frank Lopez will also be back at the club.

Chavez led Energy FC with 1,359 minutes and scored three goals for the side after his offseason arrival as he featured in every game of the regular season for the club. Cochran, meanwhile, recorded 41 saves and two shutouts in 13 appearances, while Ellis-Hayden had a solid first year on the back line as he led the side with 28 tackles won and 120 duels won while recording two assists and 12 chances created in attack.

Discussions regarding new contracts are ongoing with several of the players currently out of contract.

“The staff has been busy building the team,” said Energy FC Technical Director and Head Coach John Pascarella. “Some of those will be new signings, but more importantly, we want to keep our core group together from last year. We have ongoing negotiations with last season’s players who are close to being re-signed as well as a number of targets from outside we are looking to finalize.

“Kyle Hyland and Ray Saari, who are both at different stages of rehabbing from season-ending injuries, will be available sometime in the spring and will have the opportunity to work themselves back into the team once they are healthy.”