Greens set to play seven home and eight away matches

In addition to today’s earlier announcement regarding the nationally-televised opener against FC Tulsa on July 13 at Taft Stadium, the Greens will play the following fixtures:

The Black Gold Derby could be decided on September 30 as Energy FC travels to Tulsa, the second of two meetings between the clubs at that venue in the month.

The regular season concludes the opening weekend of October with a trip to Edinburg, Texas to face Rio Grande Valley for a third time.

Kickoff times, other than the opener against Tulsa which is scheduled for 6 p.m. CT, have yet to be determined.

Every game of the 2020 USL Championship season will air on the ESPN family of networks, with broadcasts on ESPN2, ESPNews, ESPN Deportes and ESPN+ bringing all the excitement of the first league in the United States to return to play in home markets directly to homes across the United States.

General admission tickets for the opener against FC Tulsa on July 13 will go on sale Tuesday, July 7 at 10 a.m. CT. Fans can register for tickets ahead of time here. Information regarding available tickets for additional games will be made available in the coming weeks.

Energy FC is committed to providing a safe and entertaining experience at all seven remaining home games. For more information on procedures that will be in place at Taft Stadium, please visit energyfc.com/procedures. 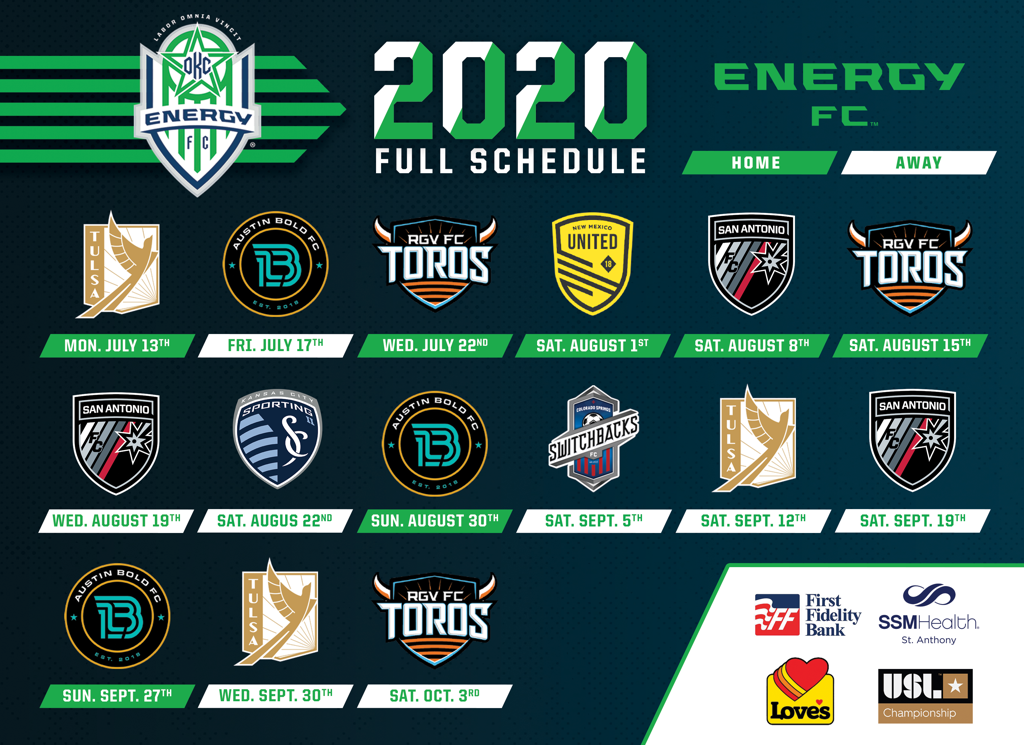